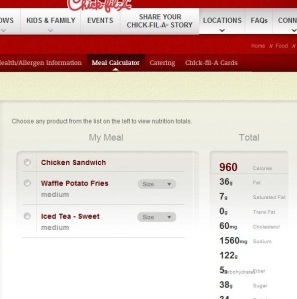 My parents are heterosexual…
so schools like Hope Christian School in Albuquerque, New Mexico won’t be able to deny me admittance because of my gay parents even though they received $60,000 in federal tax money

I am not gay…
so I don’t have to worry about any of the following extremely violent acts happening because of who I sleep with…
…23 year old Thapelo who was beheaded
…20 year old Matthew who was pistol-whipped, kicked, tied to a fence, and died
…24 year old Daniel who was mutilated, carved with swastikas, and died in a park
…33 year old woman who was mutilated, had hate words carved into her body and died
…the list goes on and on

…Matthew 5:43-44 “You have heard the law that says, ‘Love your neighbor and hate your enemy. But I say, love your enemies!”

…Matthew 22: 37-40 Jesus replied, “‘You must love the Lord your God with all your heart, all your soul, and all your mind. This is the first and greatest commandment. A second is equally important: ‘Love your neighbor as yourself.’ The entire law and all the demands of the prophets are based on these two commandments.”

…Luke 6: 35-36 “Love your enemies! Do good to them. Lend to them without expecting to be repaid. Then your reward from heaven will be very great, and you will truly be acting as children of the Most High, for he is kind to those who are unthankful and wicked. You must be compassionate, just as your Father is compassionate.”

…Luke 11: 42 “What sorrow awaits you Pharisees! For you are careful to tithe even the tiniest income from your herb gardens, but you ignore justice and the love of God. You should tithe, yes, but do not neglect the more important things.

…John 17: 22-23 “I have given them the glory you gave me, so they may be one as we are one. I am in them and you are in me. May they experience such perfect unity that the world will know that you sent me and that you love them as much as you love me.”

I’m a friend…
and that means that I’m given chances every single day to show love to my friends.

…My Christian friends who are so ignorant of how hurtful their words and actions are to another human being.

…My gay friends who are so angry at the injustice in their lives that they don’t help, and instead drive more wedges.

…My friends from both sides of the argument who are trying to build bridges, live their lives, and who are more concerned with creating love and peace in the world than on fighting over who gets to be included in their world.

Some more stuff that is interesting to read:
To Gay American from a Heterosexual Christian Male—An Apology: http://crockpotchristianity.wordpress.com/2012/08/01/to-gay-america-from-a-heterosexual-christian-male-apology/

We are Not Arguing Over Chicken:
http://www.huffingtonpost.com/conor-gaughan/chick-fil-a-homophobia_b_1711566.html?utm_hp_ref=fb&src=sp&comm_ref=false#sb=918957,b=facebook

Why I’m a Straight Christian Fighting for Gay Rights:
http://www.huffingtonpost.com/emily-timbol/straight-christian-fighting-for-gay-rights_b_1710102.html?ncid=edlinkusaolp00000009&utm_hp_ref=fb&src=sp&comm_ref=false#sb=1427277,b=facebook