It’s Thursday and I’m taking a break from the reading of documentation to post a little something here to catch folks up on my first few days at Amazon.

Day 1–
Apparently every day is Day 1 at Amazon.
The premise is that each day is a fresh start. There are even two buildings called Day 1. Day 1 North and Day 1 South. Good thing they added the directions or else no one would know what Day it is!

On my first day I spent half the day in orientation. Remember…I’m a start-up girl. Orientation at a start up usually entails signing some paperwork and being shown to your desk. Even at Gap, new

employee orientation was me and 4 other people..and it was a month after I’d started. This was like being a college freshman again. There were at least 100 people in the room. All different job levels, ages, ethnicities, etc. The number of men was significantly higher than women…but heck…I was just glad to not be the ONLY woman in the room.

I made two friends at Orientation. I met Adrienne on the elevator trying to find our way to the right place. We bonded over being new in Seattle with curly hair. Tim was at my table and caught my snarky mumbled comment about something and smiled. Then later he said something snarky himself and directed at me to see if I’d respond. Of course no snark ever goes unappreciated in my presence so we were instant friends. I then introduced my two friends to each other and now the three of us are having drinks soon. We are all in entirely different areas of the company and each of us is moving from a different part of the country (Denver/Chicago/NYC) so that helps. They don’t have friends so how can they turn me down. 🙂 haha!

The other main thing of note on Day 1 would be the guy who shuffled a deck of cards throughout orientation. He just shuffled the deck. Over and over. While the instructor taught the orientation. Oddly enough he looked at me like I was the crazy person when he caught me staring at him. Terrific. Even the freaky people think I’m freaky!

Day 2–
The day I lovingly refer to as “What the hell have I done?” day!

On day 2 the self doubt set in and I started to wonder what I’d done. I mean here I was. Sitting in a corner cubicle with no one to talk to, no foot traffic to even make sure I was alive, and nothing to do but read documentation. Oh…and it is freaking COLD in here. Sometime that day I exchanged emails with my sweet friend Mark from IPC followed by fighting back tears (I didn’t cry!…Yet) because I was concerned I’d made a mistake leaving my friends. I mean really…I KNOW I didn’t make a mistake…but I do miss my friends. And let’s face it…to go from being a bit of a princess in the office to being the new girl was a rude awakening. Like I said in my Facebook status…the only way I know how to describe this feeling is that empty feeling you got as a kid at camp or a sleepover where you wanted desperately to go home, knew you couldn’t, and mostly knew that you’d have fun soon. That is the feeling from Day 2.

I was tired, lonely, and a tad bit bored. All things that happen when you start a new job. I didn’t have enough to do or really anyone to talk to for WEEKS at IPC…but it’s funny how I blocked that part out.

Day 3–
Leah get’s her groove back…if only Taye Diggs was part of this summary!

At the very end of Day 2 my boss asked me to help him on something. I was so eager to do SOMETHING…ANYTHING…that I of course went all out on providing him feedback on something he probably considered fairly minor. Deep information, perfect email formatting, and opinion sent early on Day 3. Then…crickets….

Later another person…the only other person I’ve officially met this week…came by and we had a long chat about how the industry handles this certain element.

When my boss (who seriously needs a nickname) came by later he said “You already have a fan club just based on your email response and two conversations!” I just laughed and he said “Seriously. You are going to fit in here very nicely. The fact that you didn’t hesitate to wade in and give this team guidance is EXACTLY what we need you for.”

Take a hike Self-Doubt…there is no room for you and me both in this office!

Day 4–
And now we are current…

Nothing exciting has happened today. More reading. More guidance where I can offer it. The fact that I could have worn the same damn outfit every day this week and NO ONE would have known tells you just how much social interaction I’ve had. Just saying!

But…I’ve heard some rumblings from Denver that are confirming and validating that I have made the right move at the right time. Again…I already know that in my heart but it never hurts to be reminded!

One more thing…there are some real social oddballs here. One girl stands too close to me in the kitchen. One group of devs just stop talking when anyone enters the room…even though they are not speaking English and nobody cares what they are talking about (and by nobody I mean me). The girl in the bathroom who stepped in FRONT of me to look at herself in the mirror was interesting. As is the freaky doll in the Kindle building that is just staring at me all day. Not to be outdone, the guy who sits behind me who has yet to acknowledge my existence or his friend the loud-talker who has a dog with bows in her hair are also interesting. (The dog has acknowledged me…but it could be the petting or the snacks that forced her hand.) 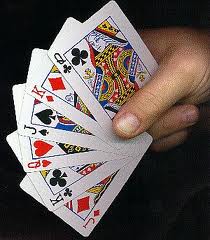 Have I mentioned how much I LOVE social odd balls?!? Give me a close-talker and a card-shuffler any day over a regular old sales guy!

Error: Twitter did not respond. Please wait a few minutes and refresh this page.